A name to conjure with, Karl Scheit was born in 1909 in Schönbrunn (Schlesien), Austria and died in 1993.
He was the guitar editor for Universal Edition, one of the largest and most prestigious publishers of guitar music in the mid 20th century, with publications in English, French, German and Italian. There is now a new and refurbished “Karl Scheit guitar edition”. Most guitarists I know have at some point or other used his editions, which include the Quatre Pièces Brèves by Frank Martin and Richard Rodney Bennet’s Impromptus. 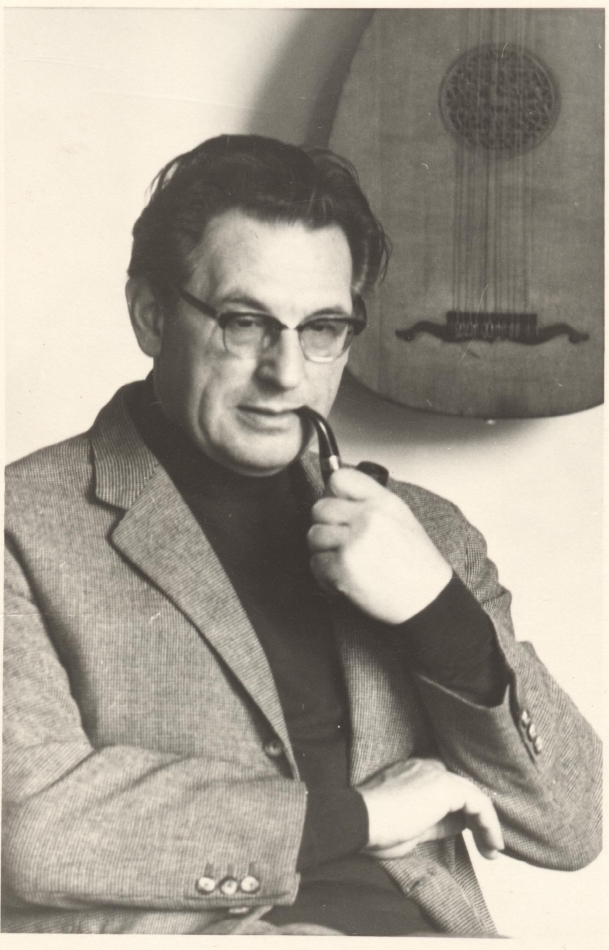 He received his musical education at the Conservatory of Linz where he studied violin, but he soon fell under the spell of the guitar, eventually taking it up as his instrument of study at the Akademie für Musik and darstellende Kunst in Vienna. He graduated from the Akademie in 1929, returning in 1933 as an instructor of guitar and eventually becoming a full professor in 1952.

Although he concertized extensively in Europe and has written several articles on the guitar, including a five-volume guitar method (1954), Karl Scheit is probably best known in the guitar community for his seemingly inexhaustible list of transcriptions and editions of lute, vihuela and guitar works.

Scheit was one of Europe’s most important guitar instructors in that many of Europe’s best known professionals today — Konrad Ragossnig, Per-Olaf Johnson, Rolf LaFleur and Mario Sicca, among others — received the majority of their training from him.

He was a great fan of Llobet and went to as many concerts of his as possible when the latter toured Austria. Scheit also was in contact with Emilio Pujol and Segovia.

He recorded extensively, and was a pioneer in his approach to music research.

Here is an interesting interview with him in The Carmel Classic Guitar Society Journal.

And here are some examples of his recordings – this might come as quite a surprise if Scheit was just a name as an editor: